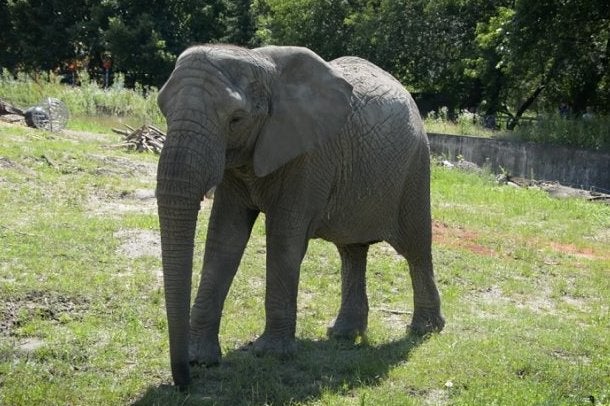 A zoo is set to start giving its elephants medical marijuana as part of an experiment to test how it reduces their stress levels.

The four elephants at Warsaw Zoo become three in March after the death of Erna, which left one of the herd, Fredzia, a young female African elephant, particularly distressed.

Fredzia has experienced “trouble finding her position in the herd”, the zoo in the Polish capital said, and has become increasingly anxious.

But the emotional turmoil has presented an opportunity to test a new treatment.

Led by Dr Agnieszka Czujkowska, head of the zoo’s Animal Rehabilitation Department, zookeepers will test the effect of cannabidiol, also known as CBD oil, on the mood of the elephants.

Derived from a cannabis plant compound, CBD oil is thought to help combat depression by stimulating the production of serotonin and dopamine.

“When Erna passed away, everything changed. I don’t think Fredzia was ready for such a big change,” Dr Czujkowska told the BBC. “Fredzia is always thinking about what Buba is doing now, before that she was more calm.”

The elephants will be the first animals to be given the oil, as they are prone to stress, the zoo said.

The treatment will be administered directly into the elephants’ mouths or with their food.

“We are planning to give them the CBD and measure the cortisol again This is the experiment. Then we know for sure [the oil] is working or not,” Dr Czujkowska said.

Luckily, Dr Czujkowska does not expect the animals to experience any serious side effects.

“It’s not very potent. The only side effect will be some behavioural changes,” Dr Czujkowska said.

“We will have to manage these to achieve the results we want.”

CBD products for human consumption have existed for many years in some countries, and are often used to treat anxiety, insomnia and pain.