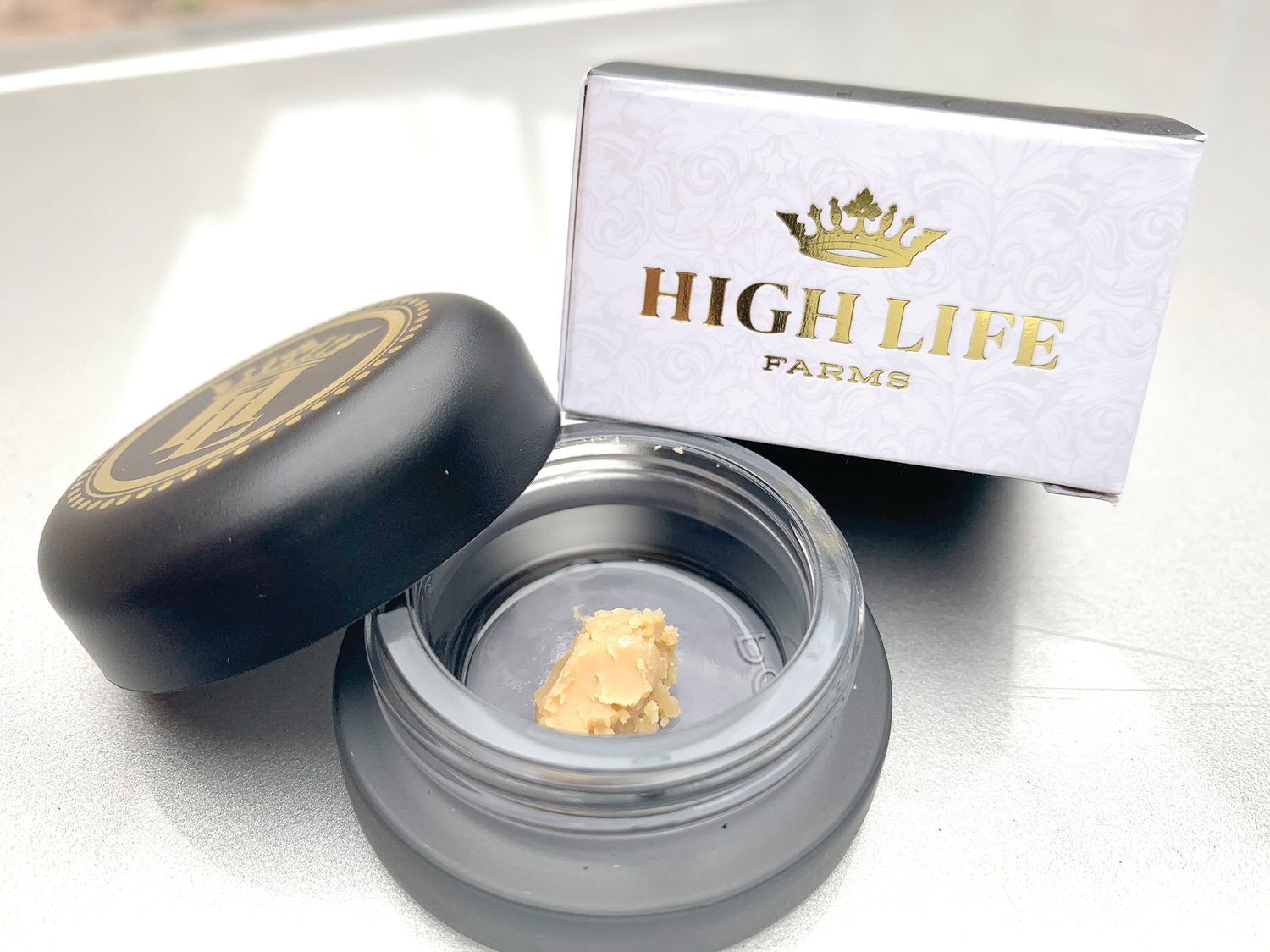 Warning: Live hash rosin isn’t the same hippie shit your dad used to mash together. And at $80 per gram, it’s easily among the most expensive products available on the medical cannabis market in Lansing. Jars sells half-grams for $40. I dabbed it away over the course of two nights.

So what makes it so expensive? And is it worth shelling out the extra cash?

First, let’s understand the difference between resin and rosin. According to High Times, live resin typically refers to butane hash oil made only from fresh bud or trim and frozen immediately after harvest to preserve a live-plant aroma and the terpenes to go along with it. Live rosin is a solvent-free derivative that usually involves full melt bubble hash — making it one of the most highly sought, highest quality concentrates available at the retail level, High Times reported.

Put simply, cured hash rosin doesn’t use any solvents at all in its extraction. Live hash rosin goes one step further by only using freshly frozen plants instead of cured product varieties.

The result is a much more flavorful version of your standard bubble hash that looks much more like a thick, opaque earwax than traditionally translucent shatter dabs. It also takes more work to produce and typically creates a smaller yield — making it rare on the modern marijuana market.

This half-gram nub was enough to crack apart into about eight (massive) hits over two evenings.

I’m relatively new to concentrates, but dab rigs seem to be the most efficient way to smoke them. And I’m working it down to a cough-proof science: Apply a butane torch for about 20 seconds. Let it cool off for another 15 seconds. Drop in a sliver and take several slow breaths.

Then lock yourself in for a heady sort of buzz that’ll leave you zoning for at least two hours.

I’ve used the word “earthy” to describe flower before, but this THC-packed little nugget set a whole new standard. It tasted like someone ripped the plant up by the roots and somehow packed the entire thing — stems and seeds and all — into one rich, incredibly smooth toke.

Pro tip: Briefly clean the quartz drum with a Q-Tip between every hit. Every. Single. Hit. It helps cleans out the excess residue and butane taste to provide an all-natural flavor for each dab. It also helps avoid the massive coughing fits I’ve had from overly dirty or overheated dab rigs.

A lot of science. A lot of technique. But at the end of the day, was it worth the price? Probably not. It was fun to try something new and expensive, and it’s clearly a high-quality product for those with wallets thick enough to handle it. But you can usually find a variety of powerful concentrates for $60 per gram or less. The extra earthiness and purity just wasn’t worth the $20.

That being said, a few tokes of this live hash rosin was the perfect complement to a four-hour weekday Hulu binge. It really didn’t take much to trigger a long-lasting buzz that simply felt more natural — with a much more clear-headed sort of high — compared to some other concentrates.

For someone who also tends to shop exclusively for organic products at the grocery store, it was also mentally comforting to know that no butane or other chemicals were used in the extraction. But until I get a substantial pay raise, I’ll stick to cheaper products so I can still afford my dinner.

Kyle Kaminski, a City Pulse staff writer, cannabis enthusiast who has been smoking marijuana just about every day for the last decade. Kaminski samples some of the best bud in Greater Lansing, gets real high and writes about it.