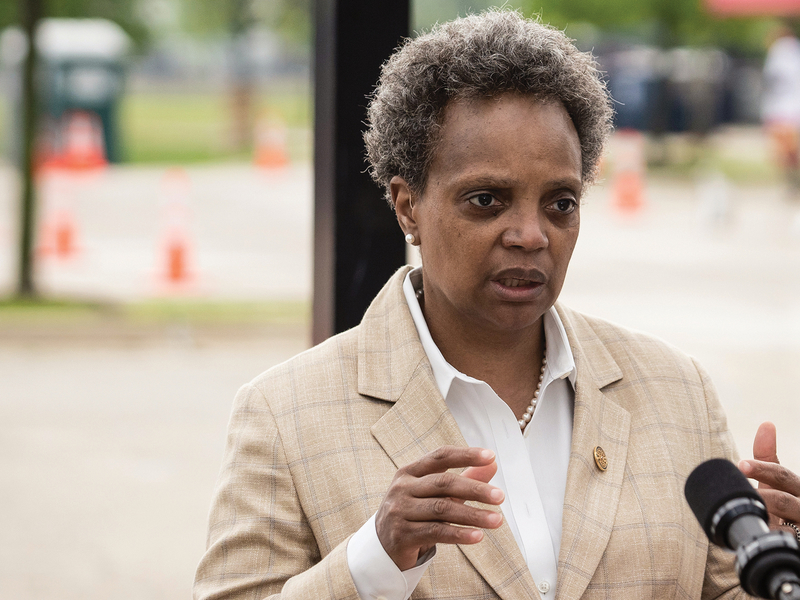 Mayor Lori Lightfoot will lean more heavily on borrowing to spare roughly 350 city workers from layoffs in her 2021 budget.

The deal, announced in a joint press release from Lightfoot and Chicago Federation of Labor President Bob Reiter, “will ensure Chicago’s public workers, the backbone of our neighborhoods, maintain their jobs and health insurance while also protecting the critical services Chicagoans rely on during these unprecedented times,” they said. “We are committed to continue working together to identify places where we can partner on savings.”

Those planned layoffs were initially going to be delayed until March to await potential federal stimulus, but with congressional dealmaking far from certain, the labor group released a long list of potential efficiencies it said were worth at least $195 million to save members’ jobs as well. The city said most of the umbrella labor organization’s ideas were already part of the 2020 budget, or were on the table in 2021.

To cover the roughly $13 million the layoffs would have saved in Lightfoot’s $12.1 billion budget, the city will instead leverage its sales tax securitization corporation borrowing authority. The city will bond against sales tax revenue from cannabis, expecting to net $15 million. City officials expect to pay 3.25 percent interest and repay the debt over 15 years.

While the layoffs spare city workers across the board, the city still won’t fill any of the 1,800 current openings it plans to eliminate. Those vacancy eliminations will mostly hit the Chicago Police Department. Nor will it ease Lightfoot’s planned $94 million property tax levy hike. But non-unionized workers who earn less than $100,000 will not be asked to take five unpaid furlough days.

Lightfoot identified cannabis revenue as one of the sole bright spots in the city budget. With the state reporting an uptick in monthly collections, city finance officials expect those sales tax revenues to hit $3 million this year, which will be used to pay back the debt.

Plugging Lightfoot’s $2 billion budget gaps for the 2020 and 2021 budgets already relies on $3.8 billion in borrowing.

A public hearing on the budget is set for Monday, with a final vote expected before Thanksgiving. Averting layoffs could help Lightfoot net a few “yes” votes from progressive aldermen who have said they could not support a budget that adds to unemployment rolls. She still faces significant pushback over the planned property tax hike.