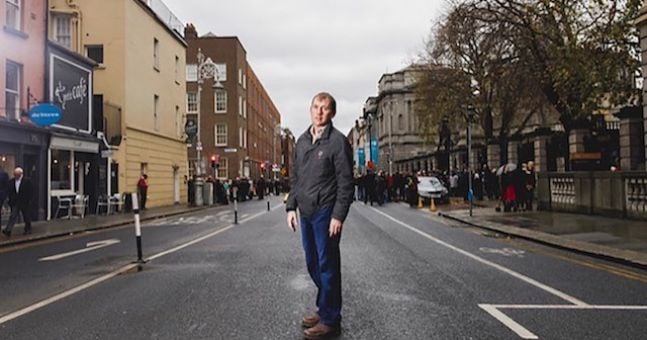 The decision, announced by the Minister for Health Stephen Donnelly of Fianna Fáil, to allow direct access to cannabis for those for whom the drug has been prescribed has been given a cautious welcome by campaigners. But the new law falls short of what is needed, says Gino Kenny of People Before Profit…

The Department of Health has announced that it is to allow the direct distribution of medical cannabis to patients in Ireland.

The new measure will expand the limited reach of a 2019 initiative, which legalised the use of cannabis for medical reasons in Ireland. However, by requiring them to travel to the Netherlands to collect their medications, the effect of the legislation was that the drug remained inaccessible to many Irish patients.

It was the then-Minister for Health, Simon Harris TD, who launched the Medical Cannabis Access Programme. The scheme was to operate “on a pilot basis” for five years. That plan had to be revised during the coronavirus pandemic, when travel curbs introduced to slow the spread of the novel virus, made it impossible for patients receiving treatment with medical cannabis to source they necessary supplies.

Covid-19 prompted a temporary solution, decided in April 2020, which involved the creation of a delivery service from the Netherlands to Ireland. That delivery system will now become permanent, the Department has confirmed.

Announcing the change in the law around medical cannabis, Minister for Health, Stephen Donnelly TD, said tat the new initiative was inspired by his communications with many patients who were finding it difficult to access the medication during the pandemic.

“They spoke about the stress of having to travel regularly and the associated health risks with that, as well as their concerns that they would run out of their medication,” the Minister said. Those problems, the Minister said, will now be “a thing of the past”, as patients will no longer have to travel abroad to access the drug.

“Instead, they can focus on their health and wellbeing,” the Minister said. “The welfare of patients and their families comes first and I am happy to reassure them that they will no longer have to personally source their prescriptions.”

Speaking to Hot Press, People Before Profit TD, Gino Kenny (pictured) – who has campaigned tirelessly on the issue – said that he welcomes the Minister’s recent announcement. However, he criticised what he described as the failure of the Department of Health to get the Medical Cannabis Access Programme up and running.

“Only a tiny number of people have access to the cannabis licence currently,” Gino Kenny said – adding that the limited access to licences, along with high costs of reimbursement, prompt many people to forego their rights to use the medication.

“Those who don’t have a licence probably still have to travel, and reimbursement of prescriptions is extremely expensive,” he said. “It’s simply not affordable for many people.”

The granting of a licence for medical cannabis is based on an “appropriate application” being submitted to the Department of Health. The application, according to the Department, must be endorsed by a consultant responsible for the management of the patient. The consultant must be prepared to monitor the effects of the treatment over time.

Under the Medical Cannabis Access Programme, doctors can legally prescribe the drug for patients who are not responding to standard treatment.

The scheme cites three conditions for which the prescription of medical cannabis is recommended. Those include Multiple Sclerosis (MS), intractable nausea and vomiting in patients undergoing chemotherapy and treatment-resistant epilepsy.

Studies have also shown that medical cannabis can reduce pain levels by about half a point on a 10-point scale.

Mothers of sick children were among the biggest champions of legalising medical cannabis in Ireland. Vera Twomey, whose daughter Ava has a severe form of epilepsy known as Dravet Syndrome, has been fighting for years to make the drug widely available for patients like her Ava.

Speaking to Hot Press, Twomey was in agreement with Gino Kenny’s remarks. She explained that the current “compassionate access” system is on an individual, case-by-case basis. She added that very few will be able to avail of the opportunity, unless the Government makes its access programme fully operational.

Vera Twomey also said that the Government must introduce regulations to ensure that health insurance providers will cover cannabis products that are prescribed by qualified physicians.
“On the surface,” she said, “the news is positive. But I would like to have more practical details.”

It is a relief, she explained, that the Dutch-Irish pandemic cannabis delivery system, is going to be made permanent: expecting patients to travel to Holland to pick up their medications was unreasonable.

Meanwhile, Martin Condon – a Cork-based cannabis campaigner, who attempted to grow a marijuana plant outside City Council in an act of civil disobedience recently – made the point to Hot Press that the coronavirus pandemic robbed many of the opportunity to campaign for their rights on the streets.

“Why can DHL deliver it,” he asked, “but a pharmacist here can’t dispense it? Why does it have to be imported when there are many here interested in, and capable of, growing it for patients?”

Outside the realm of medical cannabis, possession of cannabis remains a criminal offence in Ireland.