Digital photo manipulation has blurred the lines between art and reality so completely that any truly remarkable image carries the weight of our collective skepticism; our minds no longer trust what our eyes can see. Such is the case with Sirius Black, a strain which boasts such a dazzlingly deep purple coloration it immediately inspires that nagging postmodern question: “Is it real?”

Thankfully, not only is the shockingly vibrant violet of Sirius Black real, it’s a natural result of some very deliberate work by the Oregon Breeders Group — not a byproduct of the cold temperatures most strains require to produce purple. The vibrant purple flower of the Sirius Black plant sits at the center of bright green leaves.

“Most purple weed isn’t very good — it’s not very good at all. And a lot of that is cold stress: you’re killing the plant, it’s unhealthy,” he said. “If you cold stress Sirius Black, I don’t know if it’ll get any purpler, but it would be crappy as well.”

Thankfully, the strain’s visually arresting aesthetics are a natural product of its unique genetics and no sacrifices to quality are required to obtain them.

“Sirius Black, when it’s grown outdoors, starts turning purple in August, when the temps are in the 90s and the 100s,” Preble said, adding that, while purple coloration was central to the breeding project, quality — not color — was the primary consideration.

“We know that purple weed is a novelty, but it’s gonna wear off if the terpene profile and potency are horrible like most cold-stressed purple plants are,” he said. “Color was secondary, but bottom line is, when you’ve got an A1 plant and it’s also beautiful, that doesn’t hurt you at all.” A macro image of the purply Sirius Black cannabis plant.

Sirius Black as it exists today is a kind of homage to one of the original strains grown by the group, which Preble said is “long gone” by now.

“Back in the late ’70s, early ’80s, we had what we believed was probably a pure indica: a short squatty plant that got as purple as Sirius Black and was some killer weed, but had some limitations with yield,” he said. “Life got in the way and we kind of took a break, but then when everything started going crazy up here in the last six or seven years, we got back together.”

Sirius Black shares a first name with the “Dog Star” Sirius, so it’s right at home in the Phylos Bioscience “Galaxy” — a massive visual network of scientifically verified genetic information for cannabis that evokes a star map. The Phylos data for Sirius Black confirms its uniqueness: it has zero “immediate family” connections.

And while the DNA profile shows strong connections to the “Skunk” and “Berry” subgroups, Preble said only the latter is expressed meaningfully in the plant’s phenotype. 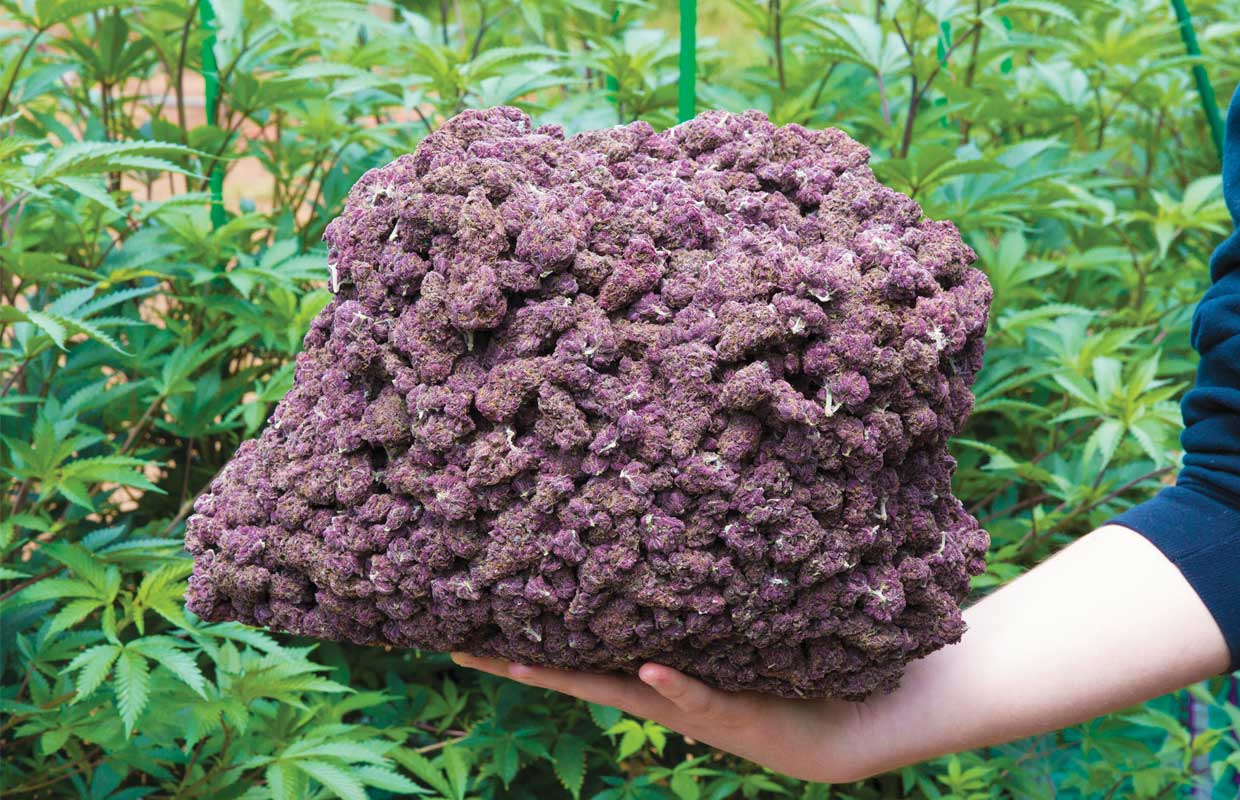 “The terpene profile is about as far away from the skunk smell as you can get… it is really berry, grape — when I cure this stuff it’s fricking amazing,” he said. “My wife, who hates the smell of skunky weed, just loves the smell. It smells like grapes, it’s really cool.”

Preble says people compliment the experience of smoking Sirius Black over and over again because the high walks the line between knocking you out and not being too weak. A green field of cannabis plants is dotted with the purple flowers of Sirius Black.

And Sirius Black wasn’t always spelled that way. Or as Preble puts it “we didn’t spell it at all.”

“Back then there was no Instagram or anything, weed didn’t come with labels, so you didn’t write strain names down,” he said. “Strains didn’t really have names either, not like now — it was all based on where it came from or the color… we were just kind of like, ‘That’s some serious black,’ and the name stuck.”

Originally published in the print edition of Cannabis Now.