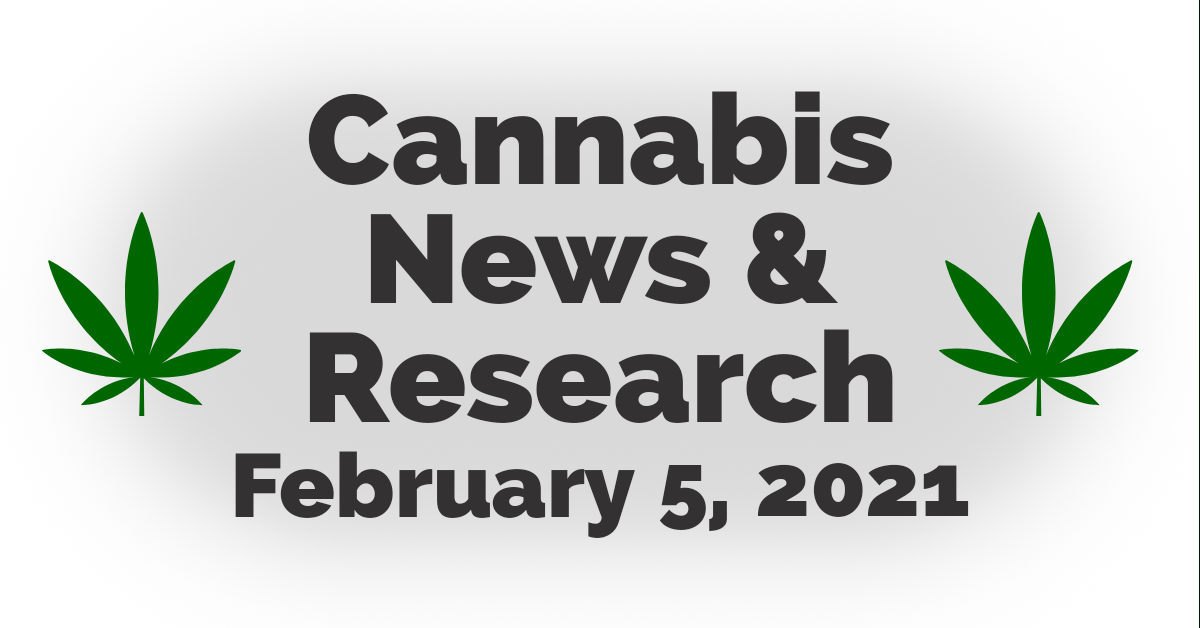 This week’s cannabis updates include state news and a research study on CBD for cocaine dependency.

The Mississippi Board of Health has set a deadline to get their medical marijuana program up and running. The regulations should be in place by July 1st. Licenses for dispensaries and growers will start being issued by August 15th, the same time as medical marijuana cards for patients. Only after growers are given a license will they be allowed to grow cannabis.

Alabama is one of the few states where cannabis is still completely illegal. That might change soon with a bill that is being proposed. The bill would allow cannabis to be purchased from dispensaries but only in edible form: a Jello like substance scored for each dose. State representative Ed Oliver has said that the Jello will cost more than cannabis sold on the streets, which is true of many states, including Pennsylvania.

The state hopes to keep people off of narcotics by having them prescribed these gelatinous cubes of THC. Apparently, the product will be very low in THC because it will not cause users to be high. This does not sound like it will be therapeutically useful since the high of THC is in most cases part of the therapy.

Lawmakers in Idaho want to ban the state from legalizing cannabis. Being another one of the only states that has not legalized cannabis in any way, it is surrounded by other states that have legalized cannabis for recreational or medical purposes (Washington, Oregon, Nevada, Utah, and Montana). Idaho is moving forward with a proposed constitutional amendment that would bar the state from legalizing cannabis. If it passes the state Senate and then the House, it will be voted on in the general election in 2022. This is a chance for the state’s citizens to actually vote to ban marijuana from becoming legalized any time in the future. However, if cannabis becomes legal on a federal level, which it likely will in the next few years, it will also have to be adopted in Idaho.

Another state where cannabis has not been legalized is North Carolina, where a group of Cherokee Native Americans are attempting to legalize it for their own tribal lands. The Cherokee have tribal sovereignty on their land, meaning they can impose their own marijuana laws even if the state bans its use. This has happened before with the Oglala Sioux of North Dakota, who legalized cannabis on their tribal lands last October.

The North Carolina Cherokee tribe wants to start with medical marijuana and allow it to be sold to people outside of its tribe. This will provide a revenue stream because they are having stiff competition to their casino business. Later, they would like to allow it for recreational use as well. Obviously, this is new legal territory and will be difficult to achieve. If they succeed, it will be a way around North Carolina’s cannabis prohibition.

Caregivers in Maine have been growing their own cannabis to provide to patients for years. Unfortunately, this is out-of-sync with their medical marijuana law, which requires all cannabis to be tracked by a state-run inventory system. This tracking system is already in use at dispensaries around the state but until recently caregivers were allowed to grow their own cannabis that wasn’t tracked. Things are about to change.

The Office of Marijuana Policy (OMP) of Maine has put out preliminary new regulations that would require caregivers to track their cannabis in the state system and install 24-hour surveillance in and outside of their businesses. Caregivers are claiming that the costs of installing and running such surveillance is too much. Also, the work to store the data for 45 days is not feasible.

It seems that the state is changing the regulations and favoring dispensaries and growers over their citizens. They want to level the playing field between cannabis-licensed businesses and regular caregivers who grow cannabis for patients on their own.

As mentioned in last week’s blog, New Jersey’s governor Phil Murphy has opposed the state’s legalization of cannabis because the state’s new medical marijuana laws that passed effectively made underage possession of cannabis legal by eliminating consequences for adolescents to be caught possessing marijuana. To counter this, the New Jersey Assembly committee approved a “clean up” bill this week.

In the new regulations, adults 18 to 20 years of age will receive a $50 dollar fine for possessing up to one ounce of cannabis and $100 for more than that amount. Those under 18 will receive only a warning and possible interventions to prevent drug use.

It is not certain yet if this will be enough for the governor to approve the state marijuana legalization and decriminalization laws that passed last year. If he does not approve of these relatively minor changes, he will veto the bills and prevent New Jersey adults from being able to purchase recreational marijuana from the state-approved dispensaries.

Cannabidiol (CBD) is claimed to have wide-ranging positive effects from pain control to cancer. However, it does not bind to the CB1 or CB2 receptors like THC does, the active ingredient in cannabis. There is a huge industry in selling CBD and the thousands of people who have attempted to start CBD companies have a vested interest in making claims that CBD helps a variety of conditions despite having very little physiologic activity in the body. As more powerful studies come out about CBD, there will likely be stronger evidence to show that it actually has very limited medical value.

A Canadian research company performed a study on patients using CBD to treat cocaine dependency. Not surprisingly, the drug had no effect over that of a placebo. It would be interesting to see if THC (or cannabis that contains THC) could be used instead since it has actual physiological activity on the endocannabinoid system.

Check out our Cannabis Education section for articles that teach patients about cannabis. This week we posted a new article about using Trial and Error to find the right doses of cannabis for your condition and lifestyle.