January 2021 started off with a lot of great news for both cannabis sales and the consumers driving them. Illinois had record sales of cannabis products out of their dispensaries after an already lucrative 2020. New cannabis legislation continued to make progress through the federal government and Utah made some unhelpful tweaks. Internationally, France took its first steps towards legalization, and new studies focused on the benefits of CBD and THC. This year is primed to be one of the biggest in cannabis, and it’s off to an incredible start.

While December 2020’s record of $86 million in dispensary sales throughout Illinois seemed hard to beat, January 2021’s numbers blew past it like Usain Bolt with sales of $88 million. This amount is even more stunning given that it is more than twice the sales of January a year earlier when Illinois first legalized.

Overall, in the year of 2020 Illinois saw $670 million in total recreational sales alone.

While sales in 2021 may slow down as people become more able and willing to leave their homes for bars or vacations, Illinois state revenue from cannabis sales is off to a great start. However, it should be noted that Illinois is still dealing with racial inequities in the granting of dispensary licenses, despite writing such language into their laws.

Meanwhile, after nearly a decade of recreational cannabis legalization, the state of Colorado reportedly has passed $10 billion in total marijuana sales, a milestone in the history of American cannabis.

Senate Majority Leader Chuck Schumer has announced that he is working with Oregon Senator Ron Wyden and New Jersey Senator Cory Booker to introduce legislation in the coming weeks that moves them towards the decriminalization and federal legalization of marijuana. This marks the first time in modern history that the US senate has announced a firm commitment to bringing cannabis legislation to a full vote before the senate. While there still remains the issue of the filibuster and getting all 50 democratic senators on board, this is still historic momentum in terms of US federal cannabis legalization. 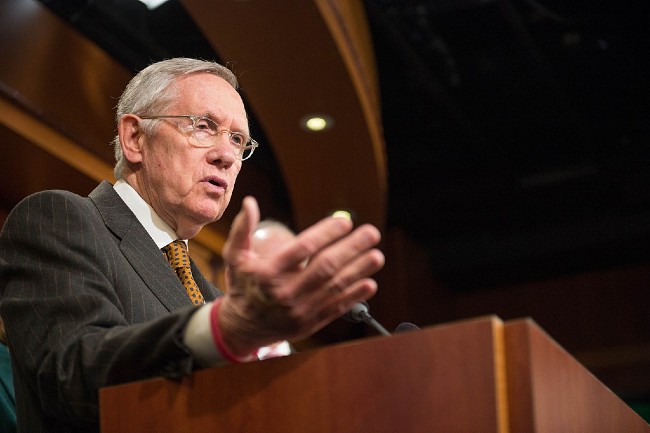 According to Senator Chuck Schumer, a plan for federal legalization will be introduced to Congress in the next few weeks. photo credit

Meanwhile, the state of Utah has banned out of state marijuana for MMJ patients. As of 2021, medical marijuana patients living in Utah are no longer allowed to cross borders to states like Colorado or Nevada to purchase and bring back cannabis. This is a problem, as only half of the 14 medical dispensaries in Utah have opened since the state legalized, and most continue to have supply issues. While this sunset law was passed with the idea that the state’s dispensaries would be far enough along by now to supply everyone in need, Utah MMJ patients are currently left with either long drives to poorly stocked shelves or breaking the law.

While France reportedly has the highest level in Europe of cannabis use amongst its citizens, both medical and recreational cannabis remain illegal. In an effort to test the waters for future cannabis legalization, the French government launched a public consultation regarding legalization. Over 200,000 citizens have so far responded (the normal amount is 30,000) and we can assume the overwhelming feedback to legalization is “Oui, s’il vous plait.”

France is using public feedback in aims to help make future decisions on the legality of cannabis. photo credit

France is also launching their first medical cannabis study, supplying 3,000 patients with medical marijuana. While there is still a long way to go before France legalizes any form of cannabis, their upcoming election in 2022 should spur more discussion from politicians looking to be on the right side of public opinion.

Food and Drug Administration Focuses in on CBD

The FDA announced that they will spend the next year filling in gaps in their data on the benefits, use, and safety of CBD products. While many CBD manufacturers and companies operate honestly, the FDA has a blind-spot when it comes to supplements that allow many claims about both the benefits and the ingredients to go unchallenged. This means that some CBD manufacturers are getting away with claiming CBD percentages in the 20% range that testing does not bear out. There are also no studies about the long-term effects of CBD or any health issues associated with its use. This focus will create safer CBD products overall as well as a universal framework for further study of CBD. 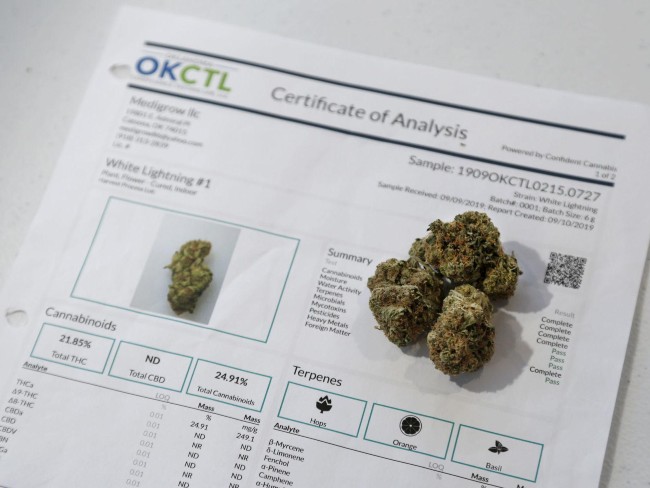 Other recent studies have shown further benefits of legalizing cannabis. One study conducted by the Ben-Gurion University of the Negev has found that medical cannabis use in older adults may reduce blood pressure in those with hypertension. This can help prevent future health complications.

In another study published by the British Medical Association, counties that had a higher level of access to cannabis dispensaries were associated with lower rates of opioid overdose deaths. While correlation is not causation, this is not the first study to link these two factors. Further research into the relationship between greater access to marijuana and decreasing use and abuse of pain-relieving opioids should be studied. It may be another societal benefit to the legalization of cannabis.

January 2021 is starting out with a lot of potential for cannabis both in the United States and across the Atlantic in France. The undeniable economic benefit of cannabis legalization in states like Illinois and Colorado provide further encouragement to any states looking to expand marijuana access to their citizens. Due to the economic crunch of the Covid-19 epidemic, this could further spur legalization pushes across the US. These pushes will certainly be helped by a Democratic-controlled Senate and Congress that both are vocally announcing their support of cannabis and may follow up with actions this year. The French government will have plenty of input from their citizens to do the same, and scientific studies continue to show the medical and societal benefits of cannabis legalization.

Any interesting January cannabis stories we missed? Let us know in the comments below!