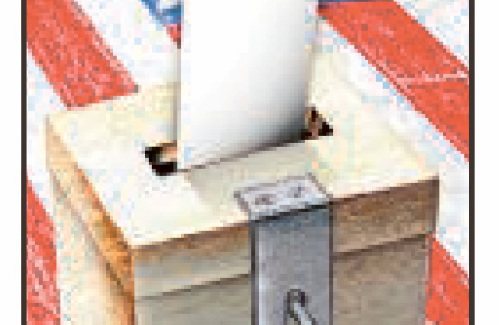 Hot topic: Voters in Strafford will decide on Town Meeting Day if they should authorize cannabis retailers in town when sales of recreational amounts of marijuana become legal in 2022. A new state law that establishes the framework for regulating cannabis sales requires towns to “opt in” before allowing a cannabis dispensary.

Budget: The town warning asks voters to appropriate $1.15 million “to defray” budget expenses. Proposed general fund spending is going up about $43,000, to $577,600, according to the town report. Highway fund spending is up about $320,000, to $1.3 million. On the school side, officials are seeking approval of a $3.35 million budget for the 2021-22 school year, or $18,400 in spending per equalized pupil, a slight dip from the current school year. If approved, the residential school tax rate is expected to increase by 10 cents per $100 of valuation, in part because of changes to the common level of appraisal, to almost $1.75.

Noteworthy articles: An article asks residents if the town should accept a donation of 106.7 acres of land in Strafford from the Alliance for Vermont Communities, which combined with 150 adjoining acres that Sharon voters are considering comprise the Ashley Community Forest. The proposed donation to the two towns includes $20,000 to seed a management fund. The nonprofit Alliance will hold an information meeting on the Ashley Forest proposal by Zoom on Tuesday, Feb. 23, at 7 p.m.

Contested races: Jessica Tidman and Patti Morgan are running for a two-year term on the School Board. School Board member Glenn Wylie is unopposed for a three-year term. In town races, Toni Pippy and Jeff Solsaa are unopposed for a three-year and two-year seat, respectively, on the Selectboard. David Harris, Will Cooney and Andrew Behrens are vying for two seats on the Cemetery Commission.

When and where: In lieu of the traditional floor meeting, informational meetings will be held by Zoom on Saturday, Feb. 20, at 10 a.m. for the school and 1 p.m. for the town where voters may discuss the articles and ask questions. Voting itself will take place by Australian ballot on Tuesday, March 2, from 9 a.m. to 7 p.m. at the Town Office.